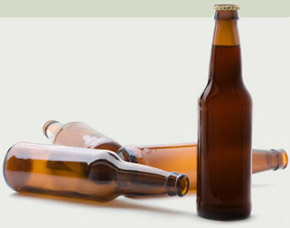 What's the cure for hangovers?

A quick history quiz:
The oldest recipe we know of is for:

The correct answer is C.

By 10,000 BC, it's believed, humans were producing beer. And, almost certainly, beer was producing hangovers shortly thereafter. (In fact, farming may have begun so that we'd have a steady supply of for beer making ingredients. And early Greek and Egyptian writings even mention hangovers!)

So, after 12,000 years of alcohol-induced headaches, nausea, exhaustion and bedspins, what have we learned about hangovers?

How alcohol interacts with the body

In the short term:

In the long term:

Why are hangovers worse for some than others?

Everybody responds differently to alcoholic beverages. Reasons for this may include:

What's the cure for a hangover?

While you can find many hangover folk remedies online -- from eating bananas, cabbage or pizza to consuming charcoal tablets or even undergoing kidney dialysis -- only the following have any scientific validity to support them:

Unfortunately, the only certain remedy for a hangover is time. The good news is, remembering the misery of past hangovers may cause you to think twice before overindulging in the future.

Click to Share Your Comments
Feedback for How to Get Rid of a HangoverAdd Comment
Jim
July 4, 2012
I saw this hangover cure mentioned in Prevention magazine just today: a strong cup of black tea with honey. They say the caffeine in the black tea may help relieve headache pain because it constricts blood vessels in the head and the honey helps break down alcohol (which surprised me -- I wonder how, exactly, it helps your body metabolize alcohol faster!). I guess it's worth a try since, if nothing else, the tea probably helps hydrate the body.
Tampy
May 4, 2014
Check this out. Drinking Sprite soda may be the secret elixer for hangovers.
Tampy
July 15, 2014
It sounded like the head guy at Samuel Adams had figured out a way to prevent hangovers, though the research doesn't appear to confirm his theory: http://www.npr.org/blogs/thesalt/2014/07/10/327854051/alcohol-test-does-eating-yeast-keep-you-from-getting-drunk
▲ jump to top of article
Other Popular Posts

Subscribe to our RSS
Information provided here should not be relied on to diagnose, treat, cure or prevent any condition, disease or illness. Please consult with your physician or health care professional for guidance on any health concern. FloridaHealth.com is a commercial website and is not affiliated with any government agency, university, or private medical center. COMPENSATION DISCLOSURE: This site may be compensated for products promoted here. Read our Privacy Policy and Terms of Use.